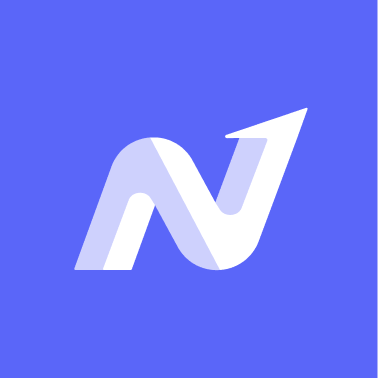 Since its launch in April last year, BAYC has been on the market for a year. The project's creator Yuga Labs has succeeded in leading the market and has been exceeding expectations. Through innovative attempts, it has not only fulfilled the needs of celebrities to be “Web3 socialites," but also brought huge benefits to ordinary holders: membership privileges, community benefits, and collaborative projects, etc. The community draws consensus from different groups of people and eventually forms its core spirit: openness and co-creation. 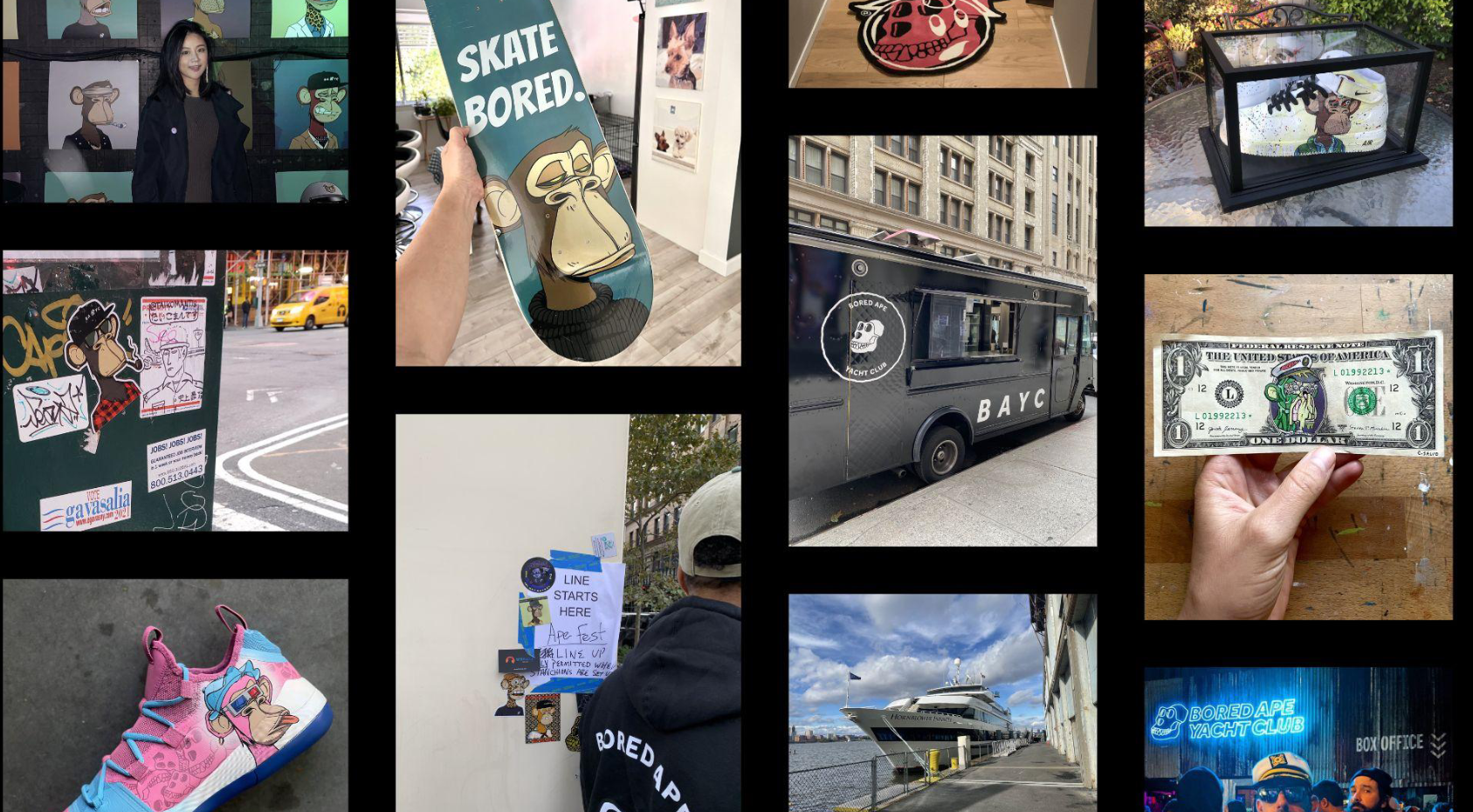 Following the success of the BAYC, Yuga Labs began its expansion and acquired IPs such as CryptoPunks and Meebits in early March. This was followed by the release of ApeCoin, its token for the MetaRPG system, which warmed the market up for Otherside.

On March 19, 2022, Yuga Labs posted a trailer of Otherside on Twitter. The hype also benefited the prices of BAYC, MAYC and Apecoin. Since the release of the trailer, BAYC floor price has risen 45% from 100 ETH to 145 ETH. The gain of MAYC is even stronger, with the floor price rising 100% from 19 ETH to 39 ETH.

Similarly, ApeCoin has been on a bull run since its launch on March 17. Whenever official details of Otherside were announced, the price of ApeCoin was immediately effected. On April 29, Otherside's official twitter account announced that they will be abandoning Dutch Auctions and selling land plots for a flat price of 305 APE, which drove ApeCoin to a record high of $27. 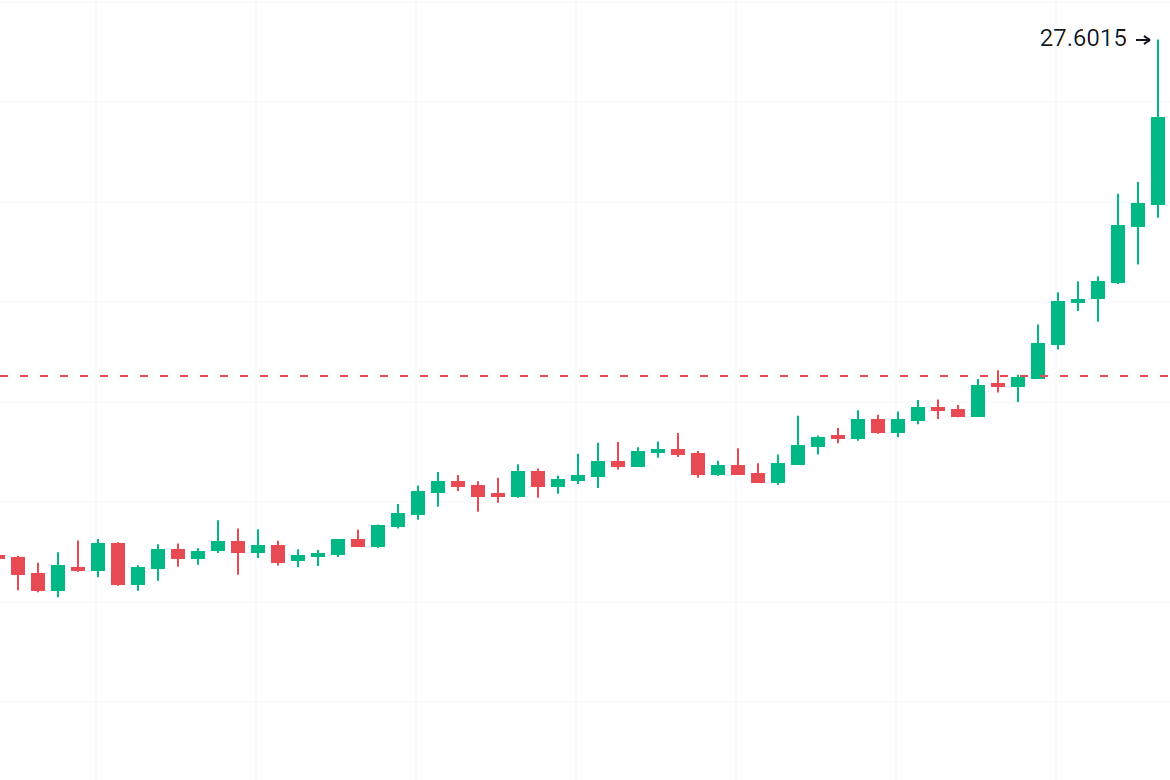 A rough calculation based on the land plots offered and ApeCoin price suggests that Otherside will reach close to $750 million dollars in market cap by the end of this offering. This will lay the economic foundation for MetaRPG in the future.

An alien creature named "Koda" made its appearance in Otherside's trailer. 10,000 Kodas will be randomly dropped to Otherside's land plots for this launch. The visually stunning trailer depicted a Koda grabbing an Ape by the shirt and flying him to the "Otherside" where he met up with other characters such as CryptoPunks and Meebits. This might have suggested some future directions for operation: BAYC may lead other characters in Otherside under the guidance of Koda.

As we can see from the official posts, Koda is fairly different from other Yuga Labs' NFTs, because it is the only collection presented in 3D. Therefore, it can be assumed that Koda is the key for Yuga Labs in unlocking the door to the metaverse. Also, it signifies the transition from 2D to 3D. As the first 3D NFT of Yuga Labs, Koda will likely become a new blue chip.

The metaverse encompasses and represents an ecosystem rather than isolated game islands. In fact, tokens link and connect the islands. In terms of the market cap of metaverse tokens, APE ranks first and was once nearly twice that of SAND. To some extent, this reflects the market's outlook on ApeCoin.

Tokens are a key element of economic governance in the metaverse. The different design models will result in contrasting user experiences in terms of transactions and usage. The diversity of features also indicate, to some extent, the differences in the orientation of each metaverse.

In comparison, $SAND of the same category mainly possesses purchase, transaction, game and governance features, whereas $WRLD has features like transaction, internal P2E ecosystem, etc. On top of empowering its own gaming and economic system, ApeCoin is more than capable of empowering other gaming applications. An example of this can be seen through Benji Bananas' adoption of $APE.

As more projects use $APE as their utility token, ApeCoin-based ecosystems will develop its abundance. 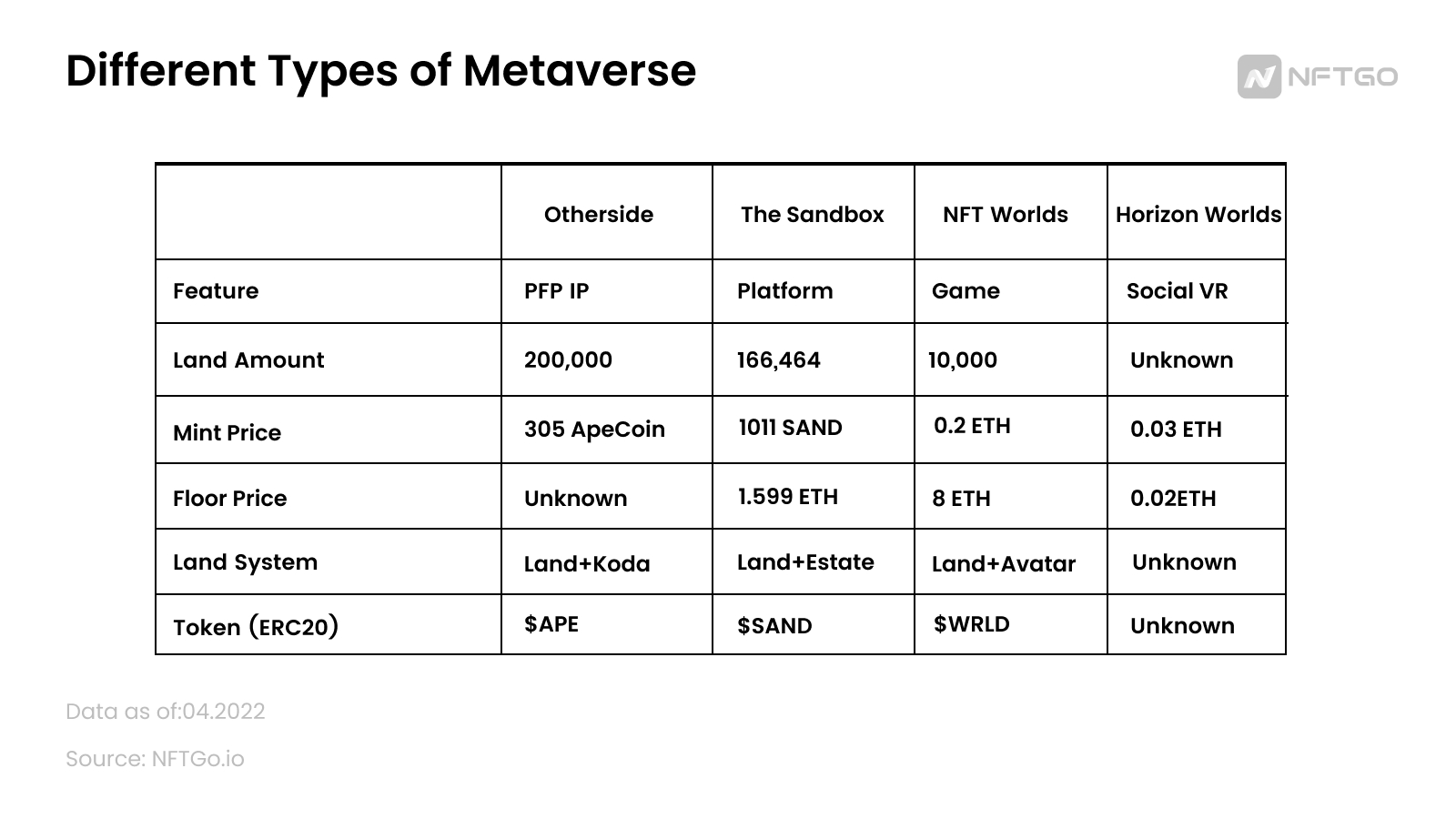 It is worth mentioning that Otherside has made its SDK open and available to all developers. By doing so, Yuga Labs does not limit itself to providing expansion solutions for its own metaverse products. It's like building a LEGO set. First, Yuga Labs provide infrastructure and regulations, then they link other metaverse products together, like a public blockchain in the NFT world.

Web3, where flex culture is pervasive, native PFP IP is one of the fundamental factors to gain a foothold. In the virtual world, communicating with each other through an NFT identity appears to be cooler and more communicative than the simple 2D avatar display in Twitter Spaces.

On top of that, give it some more room for imagination—if coupled with audio system and VR devices, users will have an unparalleled experience and immersion in diverse role-playing. Furthermore, if other games adopt ApeCoin's system, cross-game and inter-application identity interaction will also become a highlight.

What Otherside tells us about Yuga Labs' plans

BAYC is just the beginning. In order to lay a foundation in Web3, JPG-based image culture will not be sustainable for the long-term development of NFTs. What's in store for the future of NFTs? If that's your question, then perhaps it's new games, the MetaRPG, and the entertainment economy are the way to go.

Animoca Brands, known for its investment in metaverse projects, participated in Yuga Labs' latest round of funding. Also, nWay, an Animoca subsidiary, announced that it will be working with BAYC on a new game with ApeCoin as the game's settlement currency.

With two teams encompassing multiple topics such as the metaverse, GameFi, and NFTs, the combined technology and resources will enable Yuga Labs to quickly move up in the metaverse market.

If you look at it from the perspective of "everything and anything for the metaverse,"you may get a clearer understanding of Yuga Labs' previous operations. First, build a community, then the economy. Having had the two most important elements ready, Yuga Labs presents the scene. In this way, it is possible to rely on UGC to produce a large amount of quality content.

Furthermore, in order to make the MetaRPG system work, it is necessary to have currency for game stores. Therefore, the native token ApeCoin was launched. In order to create a complete world composition, various fields need to be involved in the metaverse. For this reason, many high quality IP projects were acquired so that Otherside can be used as a practical application in the metaverse scene for Yuga Labs to explore in areas such as GameFi and DAO communities, thus forming a closed loop.

Besides, it has been said that Otherside Land will take a certain percentage of its income as rewards for holders based on their tier (KYC). This measure is expected to revitalize the value of the land instead of leaving it as an idle asset.

Yuga Labs has 4 of the top 5 NFT collections in terms of market cap: CryptoPunks, Bored Ape Yacht Club, Meebits, and Mutant Ape Yacht Club. These quality IPs occupy the majority of trading volumes in the NFT market. If these projects are to be traded within Otherside, it may pose as a threat to OpenSea.

Hence, whoever owns these IPs has the loudest voice in the NFT market.

These powerful IPs have been verified countless times and have become representatives of the mainstream. They will be the weapons for Yuga Labs to break ground in Web3, and can be applied to game production, animation production, streetwear collaborations, etc.

Through Otherside's trailer, it has also been hinted that Yuga Labs is building an IP matrix with BAYC as the center and will formulate development strategies for these IPs. 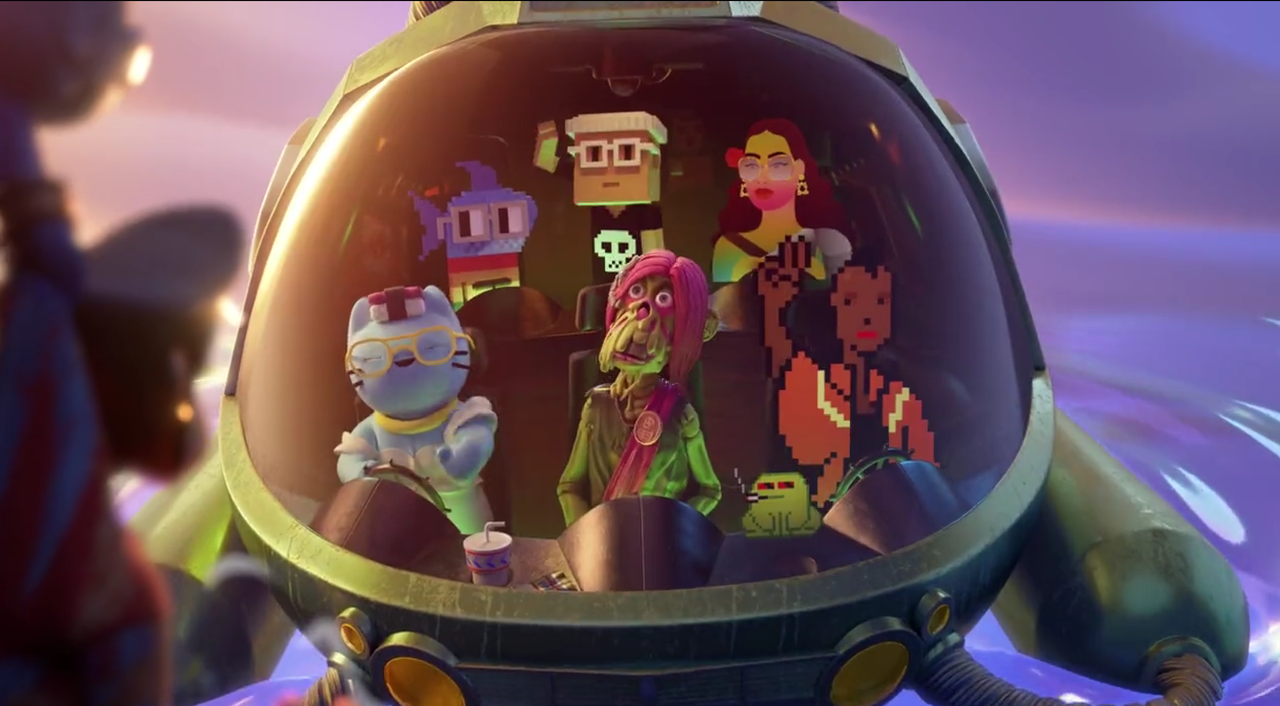 Metaverse: merely a concept and a tool

Currently, several projects such as The Sandbox, NFT Worlds and Decentraland are pioneering the metaverse's real estate market through land distribution, which has driven the market's focus on digital land. On the whole, many metaverse concept projects share a similar construction framework:

If Web3 is based on consensus, then the metaverse should be set up primarily on community and consensus—bottom-up, not top-down. With the structure of the foundation, Otherside, to some extent, revolutionized the concept of the metaverse: identity and connection. This is something many metaverse projects do not have, and is also one of Otherside's strengths. All in all, it all started with the BAYC community built by Yuga Labs.

Previously, Yuga Labs had mentioned that the reason they have not built a metaverse is because an interoperable game metaverse—a MetaRPG—is under way. At the end of the day, a metaverse is just a concept that needs to be supported by technology and demand, and be properly presented. Many have watched Ready Player One released in 2018, a movie that manifested a virtual world that encompasses society, entertainment and work. However, in Web3, what we are building is no longer islands of information, but a self-constructed world based on identity.

There is still a long way to go in achieving decentralization. Immersion and interactivity require hardware and software upgrades, and the tokenomics supported by virtual currency is yet to be verified. Though a true metaverse may seem far, but with continuous attempts and innovations, it may not be as far away as once thought.